Visiting Jim Morrison with the Spirit of an Old Friend

Posted on December 31, 2012 by The American Norseman

Our most exciting and “interesting” experience in Paris was at the Père Lachaise Cemetery.  My best childhood friend Johnny and I were huge fans of The Doors and the bands lead singer Jim Morrison is buried in this cemetery. Like Jim Morrison, Johnny was a pretty wild and unique soul who died earlier than he should have. I thought it would be nice to visit the place where one of our childhood idols was laid to rest in memory of my friend. From this humble gesture came an adventure reminiscent of something that would only come from time with Johnny.

When we arrived at the cemetery it had closed for the day due to poor weather and risk of lightning. Visiting the location took quite a bit of time so I was disappointed knowing we would not be able to return during this trip. As we started to walk back towards the subway station a woman approached us and asked, “How bad do you really want to get in? Is visiting the cemetery important to you?” Intrigued I said yes and explained to her that we’d traveled a long way and would not have a chance to return and see it again. She said, “I think I can get you in, follow me…” and then we headed towards the subway to board a train and enter the cemetery from another gate. While traveling the woman coached us on what to say to the duty guard at the next gate and long story short we lied to the guard and said we need to visit a group inside who were the only people currently allowed in the cemetery. The guard allowed us to enter and radioed other guards that we would be joining the group shortly. At this point it was getting dark and using my phone GPS we ran though the cemetery searching for the grave of Jim Morrison. Being alone, at night, in a 120 acres cemetery in a foreign city is quite an experience.

Erik with the spirit of Jim & Johnny

After searching for about 25 minutes we were nervous, a bit scared and ready to give up. By a stroke of luck I saw fences around a small plot hidden behind tall tombstones and sure enough, it was the grave of Jim Morrison. I spent about one minute remembering my friend and taking two picture before we started running for our lives out of the cemetery. Our plan was to exit out of another gate which was close Morrison’s grave but when we arrived it was unmanned and locked. It was almost completely dark in the cemetery now and the next closest gate was really far away. I started to get kinda scared at this point because the cemetery officially closed at dark and we were at least a 10 minutes from the next exit that might be open… As we started to run, headlights shined on our backs and I thought the guards had found us and that we were finished. Thankfully, it turned out to be a nice couple delivering flowers to grave sites and they asked if we needed a ride out. We said yes and exchanged nervous but pleasant conversation as they drove us towards the exit. They stopped the car just inside the gate which was the original entrance where we tried to get in about an hour before. We thanked them, jumped out of the car and rushed towards the exit. The guard, who recognized us from the first time, started yelling at us in French as we passed so we started sprinting towards the gate and sweet, sweet freedom. The yelling in French continued when we crossed the gate threshold and we were flat-out like two school girls getting out of trouble once our feet touched the main road. After about a block we turned around and realized no one was chasing us and as our adrenalin drained we laughed, hugged and reflected on one of the craziest travel experiences we had ever had.

For those who knew Johnny, you will understand right away why this event made me both very happy and very sad. An adventure like this was the epitome of Johnny. I can honestly say the last time I had done something similar was with him and it really felt like he was there with me in spirit. Only with Johnny would I be pushed to do something crazy like this and then have fun adventure stories to tell my other friends about. 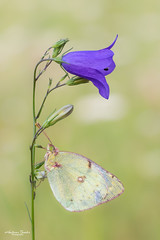 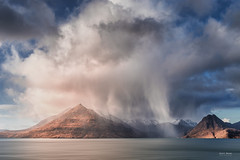 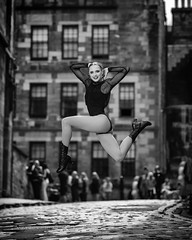 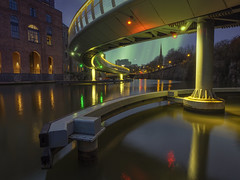